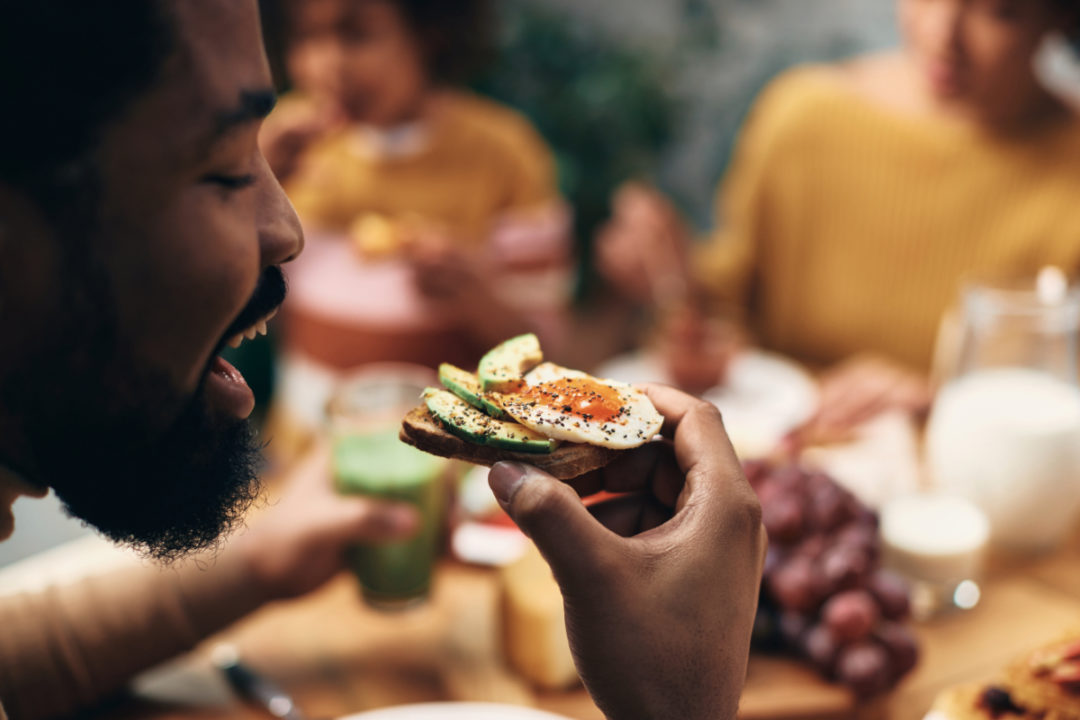 The age-old adage states, “The Key to Man’s Heart is Through His Stomach.” And we wonder why the divorce rate continues to rise. One possible reason, according to my research, is that couples are having less sex in the 21st century than ever before.

The two greatest natural desires known to Man and Womankind are food and sex. The biggest complaint from men who visit my practice is what? That they’re not getting enough sex from their wives. When the wife is asked her thoughts on sex frequency, the usual response is, “He wants sex too much, I am not a machine.” As a male therapist who thoroughly understands the innate desire of men for sex, I often explain to the wife or significant, that your husband’s desire for sex is no different than your passion for food.

My female clients often look confused, and right away ask, “What does he wanting sex and me wanting food have in common?” Here is one explanation:

The average man and his manhood are defined by his sexual prowess. During intimacy and sex, men become lions and conquerors, who will stop at nothing to claim the royal throne. The Royal Throne is made up of his ego and the false belief that his masculinity is defined by his sexual performance, sexual frequency, and the beauty of the woman who has bestowed upon him the privilege to enter her home.

On the converse, men don’t understand the importance of food in a woman’s life. There aren’t many women walking the earth that would select sex instead of her favorite meal. What is the correlation between women and food? Why do women love food so much? Answers range from “It’s satisfying and puts me in my happy place.” To, “Food will never let me down, and I know exactly what I’m getting in every bite.” According to Foodie Lolita M. Newell, “Food makes me feel good, I love food, it makes me hum, and it soothes my soul.  It stimulates my mind, body, and spirit. Good food is a soulful orgasm, while sex is a physical orgasm.”

The book title “Men Are From Mars and Women Are From Venus,” could be replaced with, “Women are to Food, as Men are to Sex.” If couples want longer lasting relationships, men and women must understand and accept this fundamental gender distinction. The man acknowledging that his wife knows there’s nothing sexier to her than him in the kitchen preparing her desired meal. She views this as a “twofer.”  She’ll get to conquer her two greatest natural desires in one night. Quite contrary to her husband.

The husband wants mind-blowing sex (oral included as it is his appetizer) and while settling in his refractory state, a decent meal would necessarily place him in a fetal position, while sucking his thumb and falling to sleep. According to the self-proclaimed Sex Savant Maurice Turner, “Great food is just a substance you can get quickly from anywhere, and at any time, while great sex is something you’re not going to get that often, it’s all about timing and your mate with sex, whereas good food is a constant given.”

If I could get couples to understand the analogy of food and sex for women and men, respectively, I believe relationships could be more harmonious and could last longer. Being able to appreciate your mate’s perspective on any subject is key to bringing you closer together.

Categories: before you say I do, GETTING MARRIED, Top Posts

Wedding Vow Examples That Will Melt Your Heart
March 22, 2020

The information on MyBlackMarriage.com is provided exclusively by participating therapists.

MyBlackMarriage.com verifies expert credentials at the time a therapist is first listed in our therapist directory.